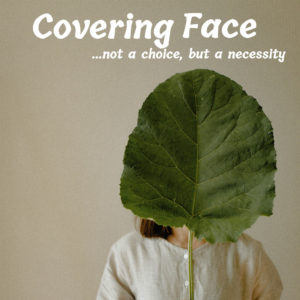 Covering face... not a choice, but a necessity

People oft ask me why I always bury my face under scarf when stepping out of the home. I left with nothing but saying, "To cushion myself from pollution".

Yes... it is pollution, but what varies is the kind of it. For them, it is the pollution in the atmosphere while for a girl, it is the pollution in humanity and in the mentality of today's so-called "COOL" generation, for whom, chilling means whistling to a girl, giving her vulgar comments, stalking her and giving every possible attempt to make her feel bad for being in this inhuman world.

I always cover my emotions and desires under a layer of tippet, but whenever my heart over-rules my mind with a desire to enjoy the kisses of the soft breezing wind or to feel the touch of raindrops on my face, they prove me wrong... wrong about the decision of allowing my heart to live free. At every other step, a group of "COOL" dudes waits for a passer-by girl to entertain themselves by commenting on her, cracking vulgar jokes and making her as uncomfortable as they can. When she tries to avoid them, they laugh... they laugh as if they would have done something really funny without giving a second thought to what impact it will be leaving on that girl.

Our ancestors had "Parda" tradition for women to keep them limited to their homes. We had revolutions to bring women out of that "Parda", but for what? To chain her again in the same cover of tippets? She wants to fly... She wants to ride under the night sky... She wants to sing loud... She wants to madly dance in the rain... but... no... she can't... she can't because butchers are sitting every here and there to cut her wings off. For what? Just to prove their fake manhood. Just to satisfy their useless egos that "yes... we killed her dreams."

Are they safe at home? I doubt. Their parents work, leaving them either in playschools or with the maids and I don't think I have to highlight the news we come across each day. Kids are fed cough syrups to make them sleep at playschools. The irritated maids cruelly beat them to gain control over them.

Are they safe at school? I doubt. The rape and murder cases, even in the renowned schools leave me in shivers. A five-year-old girl was raped, a seven-year-old boy was murdered in their school premises. Each day, similar news flash in my news feed and scares me about the safety of our kids.

When they are not safe at home when they are not safe at school, how can we expect them to be safe anywhere else? Somehow, we managed to enjoy the silly outdoor games that complete a childhood, but what about them? Do they have any other option than losing their eye sights, playing video games jailed inside their homes? Will they ever realize what it feels like playing road-cricket or fighting for the first batting or cycling around the society? And... it's not because of this technology... it's because each day a human turns inhuman and spoils the life of a little bright future of our country.

The thought shatters me - how painful it would be for that little child who even doesn't know to pronounce his name properly. What impact it would be leaving on his little brain.

Like a woodlouse, these demons in the skin of humans are hollowing our country. Some immediate actions are needed to clean this growing garbage. Hang these useless people till death... for... garbage is better thrown out and destroyed, else it keeps on spreading the diseases. 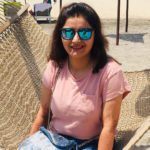 Nutan Sharma, the founder & writer of The Blotted Emotions, is a native of Ghaziabad, currently inhabiting in the corporate city of Haryana. She is an MBA, B.Tech graduate, working as a Freelance Content Writer from the last   …Read More

I am a greatest fan of your writing yaar, whenever I read it I really feel it as those lines always touch my heart

I will say you are having a wonderful talent and keep going with it...there is a long way to go

I am a big fan of your writing. Your quotes and poetry inspired me a lot. I like your unique style of writing. I hope you will write like this forever.

Hi Nutan,
I love the way you transform emotions into words... your writing is beautiful.. one can easily relate to your writings ... looking forward to more posts 😍❣️

I remember the day 2016,when I first heard your poetry in class.It was magical creation with full of emotions.Since then I was following you.Your Story character "Naira" is always close to my heart.The innocence ,hidden feelings and purity of heart reflects in your every creation. Your every word touches soul. keep writing... 😊

Your writings connect. I can totally relate to each and every word you write. Your dedication and endeavors towards your passion are inspiring and appreciating. Keep it up! ✌️❣️